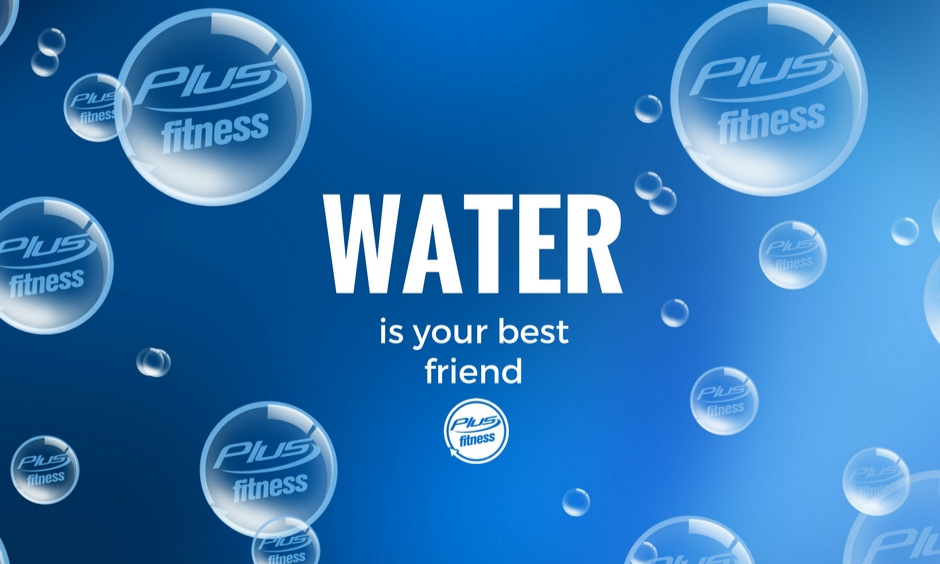 It is commonly recommended to that we should be drinking around 2 litres of water a day. This goes up if you are exercising and especially on a hot day. With our bodies being made up of around 60% water then it makes sense that we are replenishing throughout the day.

In our latest blog we are going to give you our top 6 top reasons for why you need to make sure you are drinking enough water each day.

ONE: Water will maximise your performance during exercise

If we don’t keep hydrated, then our physical performance will suffer. It is not uncommon for athletes to lose up to 6-10% of their body’s water content just from sweating. This can then impact on body temperature control, reduce motivation, increase fatigue and make it feel much harder to exercise from both a physically and mentally perspective. However, remaining hydrated has been shown to prevent this from happening. When you consider that muscle is made up of around 80% water then it is not surprising that staying well hydrated both before, during and after exercise will help you to perform at your best!

Drinking plenty of water can help you with your weight loss. This is largely due to water increasing satiety, which is the feelings of fullness and satisfaction which can boost your metabolic rate.

In certain studies, drinking half a litre of water was shown to increase metabolism by 24-30% for up to 1.5 hours. Doing the sums, this then means that drinking 2 litres of water every day could increase your total energy expenditure by up to 96 calories per day.

The timing of your water consumption is also important. Drinking water half an hour before a meal is the most effective way to benefit satiety. It can make you feel fuller so that you eat fewer calories, helping to keep you more on track to your max calorie daily target.

THREE: Water can help to prevent a hangover

A hangover, as most of us know, is that unpleasant symptom experienced after drinking alcohol. This is largely due to alcohol being a diuretic which means it makes you lose more water than you take in. This can then lead to dehydration. Although dehydration is not the main cause of your hangover it can cause the symptoms like thirst, fatigue, headache and dry mouth. A good way to reduce the scale of your hangover is to drink a glass of water between drinks. Drinking one or two large glasses of water before going to bed after a big night out will also help to prevent that dreaded hangover.

Dehydration can trigger headaches and migraines in some people. Several studies have shown that water can relieve headaches in those who are dehydrated. Keeping hydrated has also been shown to prevent headaches, Especially in those that perform regular exercise.

FIVE: Hydration has a positive effect on energy levels and brain function

Your brain is strongly influenced by you level of hydration. Studies show that even mild dehydration (1-3% of body weight) can negatively impact on many aspects of brain function. In a study of young women, fluid loss of 1.36% after exercise impaired both mood and concentration and increased the frequency of headaches. Another similar study in young men showed that fluid loss of 1.59% was detrimental to working memory and increased feelings of anxiety and fatigue.

Constipation is a common problem and can be especially common in those who have a high protein diet, if they are not consuming enough fibre. Increasing fluid intake is often recommended as a part of the treatment protocol from constipation. Carbonated water has been shown to work particularly well here, although the reasons are not entirely understood. In Nutrition by Kaitlin Harrison

In Nutrition by Jake Henry

Eat Healthy - Your Immune System Will Thank You For It!

In Nutrition by Dayne Hudson

What Should You Eat Before, During and After a Gym Workout?